The Shoah Bizness is engaged in by Gentiles and Jews alike. Our Lord and Saviour Jesus Christ warned about this.

2 Timothy 3:7 always learning and never able to come to the knowledge of the truth. 8 Just as Jannes and Jambres opposed Moses, so these men also oppose the truth, men of depraved mind, rejected in regard to the faith. 9 But they will not make further progress; for their folly will be obvious to all, just as Jannes’s and Jambres’s folly was also.
10 Now you followed my teaching, conduct, purpose, faith, patience, love, perseverance, 11 persecutions, and sufferings, such as happened to me at Antioch, at Iconium and at Lystra; what persecutions I endured, and out of them all the Lord rescued me! 12 Indeed, all who desire to live godly in Christ Jesus will be persecuted. 13 But evil men and impostors will proceed from bad to worse, deceiving and being deceived. 14 You, however, continue in the things you have learned and become convinced of, knowing from whom you have learned them, 15 and that from childhood you have known the sacred writings which are able to give you the wisdom that leads to salvation through faith which is in Christ Jesus. 16 All Scripture is inspired by God and profitable for teaching, for reproof, for correction, for training in righteousness; 17 so that the man of God may be adequate, equipped for every good work.

THE EVIL OF TWILIGHT LANGUAGE.

Not only am I not a Jew, I am not an Edomite of any kind, Khazar, Ashkenzai or Yehudi. I am however a connoisseur of the art of jew-jitsu, something you and the other hoaxers will be learning to your sorrow, as you cross swords with me in the future.
Michael Hoffman II, October 1994

Archives
In his words

In his own words: October 1994
In his own words: November 1994
A tasteless and racist cartoon submitted by Mr. Hoffman to Skeptic magazine, presented here with the permission of that magazine. If you're easily offended, skip it.

To answer youre question, Im not a Jew. But then again, neither are you. Youre a Khazar, an Ashkenazi (Ash-ken-nazi), one of the chosen people from the Caucasus, not the Levant. Your identity is as much of a hoax as Spielberg*s movie and therein hangs a tale.
Not only am I not a Jew, I am not an Edomite of any kind, Khazar, Ashkenzai or Yehudi. I am however a connoisseur of the art of jew-jitsu, something you and the other hoaxers will be learning to your sorrow, as you cross swords with me in the future.
---
What you do not know because I have to teach you about the subject matter which you have the temerity to debate from ignorance, is that the>>variant<< Talmud texts emanate from a process of forgery instituted by the medieval Pharisaic authorities in response to truthful revelations about the Talmud made by converts to Christianity such as the intrepid Nicholas of Donin, regarding the unremitting racist hostility toward Gentiles in the Talmud. Pseudo-Talmudic texts, expunged of the more blatant anti-Gentile passages, were fabricated with the intent to misrepresent the Pharisee holy book to the goyim. This is the ersatz >>Talmud<< quoted by Rabbi Yehiel ben Joseph of Paris in 1240 (cf. complimentary references to him in the Tosafot commentary on the Babylonian Talmud) and by Mr. Steven Spielberg concerning events of 1940 onward. The >>eternal Khazar<< indeed!
---
Welcome to Auschwitz of the Mind
The S&M camp on the Internet where Khazars undergo all of the mental torments their ancestors fantasize and base our state religion upon (The Holy Shoah-Biz Seance). Here at Auschwitz of the Mind, Khazars whose parents are Survivors, obtain relief from the burden of guilt they would otherwise bear for not having suffered as Uncle Seymour did when Doctor Mengele made a lampshade out of him.
---
Alan is a Christian, which means he earns money the un-kosher way, he works for it. Our religion and culture are based on workaholic toil to pay the taxes and bear the burdens so yeshiva guys can sit around and masticate Talmud all day, holler >>poisecution<< and feed at one public trough or another, either upon the backs of the befuddled denizens of the Deutsche Banana Republic or the flag-waving Shriners here in the District of Corruption.
Before you shower your anti-Goyimite invectives upon me for making the distinction between Christian working people and Edomite parasites, I require that you regard the beam of anti-Gentile racism in your own eye, as exhibited in your statement:
>>Of course, considering the ill- concealed anti-semitic spittle dribbling down Mr. Hoffmans chin...i<<
There is that self-chosen conceit again. Mr Stein, the scion of Khazars from the Caucasus, fancies himself a >>Semite<< and since this writer delights in exposing the ambulance-chasing, bargain-basement haggling disguised as intelligent debate which issues from the Stein keyboard, I am transformed, voila, into that handy species of drooling monster our loving System loves to hate, the so-called >>anti-Semite.<< But I am not an anti-Semite, Mr. Stein. No joke, some of my best friends are Palestinians, and they really are Semites. If accuracy concerned you, you would refer to me as an anti-Khazarite. However even that moniker would not be strictly accurate because Khazars come to my notice only in so far as they pick my pocket and defame my ancestors and heritage. If I did not have to pay tribute with my Federal tax dollars to your world headquarters in the Levant and if the perpetual stream of articles, books, TV shows and movies heaping filth upon my German antecedents were to cease and desist for once and all time, I would no longer be impelled to survey the yellow brick road of Khazaria.
---
But it is Khazar racism that makes me boil with rage down to the seat of my pants; the imposition of the mark of Cain on the German people, the religious teaching that only Jooze are human, against this I rail and fill my pen, not with ink, but hydrocyanic acid.
---
McVay is a spy for O.S.I. official Eli Rosenbaum and others of his ilk who seek to deport and imprison elderly anti-communists but who never investigate or prosecute Khazar communists living or traveling in the U.S. who were responsible for atrocities and war crimes against the peasants of Russia and Eastern Europe.
---
The corpus of these teleplays, movies and infotainment documentaries comprise a genre which constitutes the most massive and negative stereotyping of people in the annals of propaganda, while at the same time representing an unprecedented idolization of a Master Race (Jews).
---

No, Mr. McVay you have not responded to the charge. You have not answered my detailed questions on your position on your government and your human rights (so-called) groups and your Canadian Zionist establishment's policy of prosecuting and seeking to imprison Zundel andKeegstra and to jail, deport and ban writer David Irving. Will you kindly go on record herein condemning the horrid Canadian-Zionist policy of prosecuting publishers, teachers and writers? Will you write to the relevant Canadian authorities like S. Littman, S. Citron and the government of Canada, protesting this inquisition? What is the position of the Pharisee-worshipping church that pays you on this issue?
---
Now you are getting in the swing of things, Mr. Morrison, you are making your own jokes about what I regard as anti-German hate propaganda and noxious, servile adoration of the Chosen Pimples.
---
The majority of those masquerading as >>Jews<< today have no blood connection to the Covenant People of Abraham, but rather are descendants of the Khazars. In the course of this study, we shall sometimes call the impersonators by their real name:Khazars.
---
Contemporary Judaism is a fraud which tends to discredit the Old Testament in the eyes of those who cannot detect the cheat. For example, persons reading the following report of the inquisition perpetrated by Pharisees and their allies, may falsely ascribe to the Bible the attitude of the rabbi-cop. Hence the Bible, the supreme standard of Law and Ethics, is discredited in the eyes of many, because of the perverted actions of the Khazar impostors who pretend to represent it.
---
As we shall see, however, the rabbinical inquisition against writers and thinkers is not limited solely to Faurisson and Irving. The list of people who have been harmed merely for what they said, thought or wrote, when it was not in line with what rabbis demand that we say, think or write, is extensive and largely unknown to the world at large. It is not a subject of protest for the various anti-censorship and >>human rights<< groups. In fact, in a move straight out of the Orwellian dystopia, partisans of the rabbinical inquisition form >>human rights<< groups in order, in mockery of those rights, to further persecute independent intellectuals who dare to express thoughts proscribed by the rabbi-cops.
---
The Pharisees partly maintain their power over their poor followers, who they hold in mental bondage, by means of exploitation of paranoiac obsessions. For example, in the much disputed book, Protocols of the Learned Elders of Zion, one finds the admission, >>Anti-semitism is the means by which we control our lesser brethren.<< Where little or no physical persecution exists, the rabbis must exaggerate or fabricate it. Let us not feed the pathology of the empire of evil but rather, adhere to the commands of Christ. Pray for the Pharisees that they might be born again and converted, as was Nicodemus (John 3:1-22; 19:38-39). Commend to the justice of God alone, those who refuse His mercy: >> I will repay, saith the Lord<< (Romans 12:19).
---
Not aware of a "Holocaust" cult, Mr. Stein? You might as well say you're not aware of the sunrise. Our public school kids are aware of it. They're immersed with every month. My public library is aware of it. The shelves are teeming with the gassing tomes. Mr. Stein can't admit an enormous truth, he can only play the Talmudic game of weaseling out of overwhelming facts
Posted by SntMartyr at 5:44 AM

Christians and Muslims together

THE FINAL TRIAL OF CHRISTIANS AND MUSLIMS TOGETHER

Palestine Cry: The Justice of God: Peace and Security 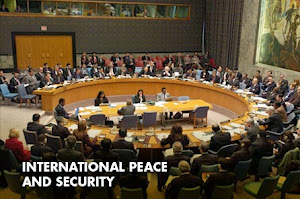